On the 12-15th of June, 30,000 people gathered at Nordiskt Forum Malmö 2014 – New Action on Women’s Rights, to shape strategies to promote gender equality and end discrimination against women.  The forum was based on the landmark agreements of women’s rights: the Beijing Platform for Action and the Convention on the Elimination of All Forms of Discrimination against Women (CEDAW).

The forum is the result of 200 Nordic women’s organizations’ determination to act when women’s rights are threatened in the world, in Europe and in Scandinavia. Instead of being silent and wait for others to act, the women’s movement have set ourselves in motion. Nordiskt Forum manifested our will to make the promises women were given almost twenty years ago a reality and to create a common platform for today’s issues.

Kvenréttindafélag Íslands was one of the main organizers of the Nordic Forum, along with other Nordic women’s organizations:

During Nordiskt Forum, an action program of requirements and recommendations for women’s rights and gender equality was adopted. The plan contains 62 demands and was handed over to the Nordic governments at the end of the forum. The document is a way of reminding the governments of the commitments made when the Platform for Action from Beijing was signed. 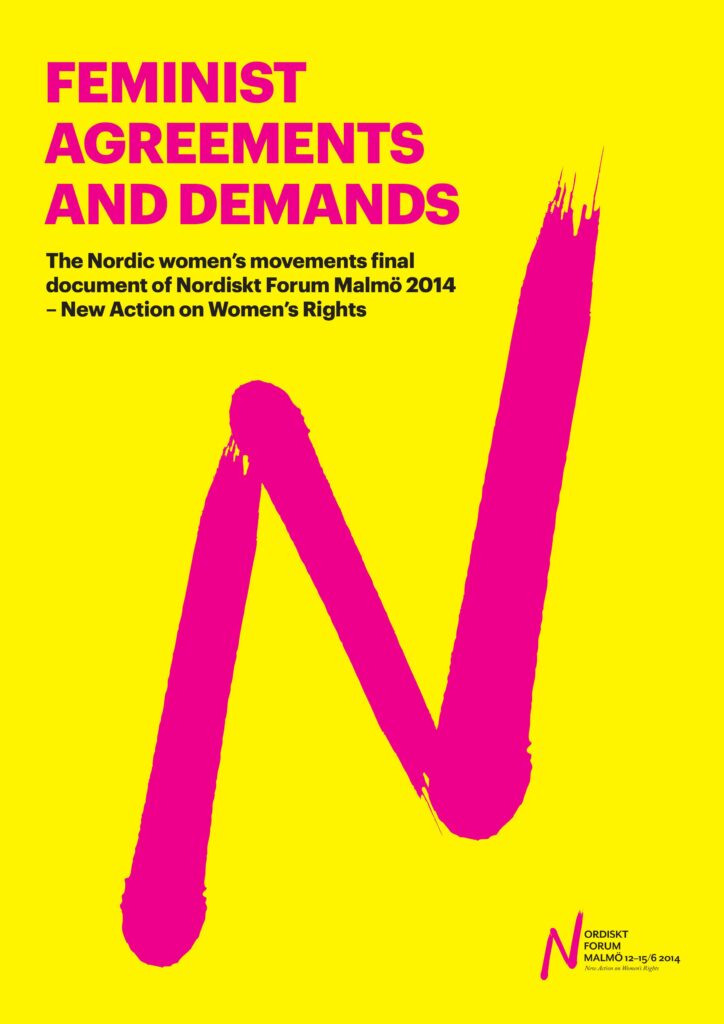