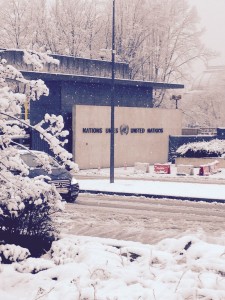 The 63rd session of CEDAW, the  Committee on the Elimination of Discrimination against Women, was formally opened at the UN building in Geneva this morning. Iceland’s compliance with the CEDAW Convention is on the agenda.

Brynhildur Heiðar- og Ómarsdóttir addressed the committe at the opening session and delivered the following remarks: