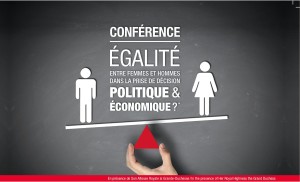 The conference was organized by the National Council of Women of Luxembourg (CNFL) and took place in Luxembourg, 14-16 October 2015.

Icelandic representatives were Brynhildur Heiðar- og Ómarsdóttir and Helga Dögg Björgvinsdóttir. Helga Dögg delivered a report from the Icelandic Women’s Rights Assocation on the status of women in Iceland, placing a special emphasis on women’s participation in the internal work of political parties, of gender quotas on corporate boards, and on the equal pay standard, a new Icelandic tool designed to eradicate the gender pay gap within companies.